Security cameras are important to protect your home and the Amcrest 960H is a great option if you want to have a peace of mine when you leave your family, home and valuables. In this review, I will detail and highlight its features as well as describe how the system works and what you need to instal it. 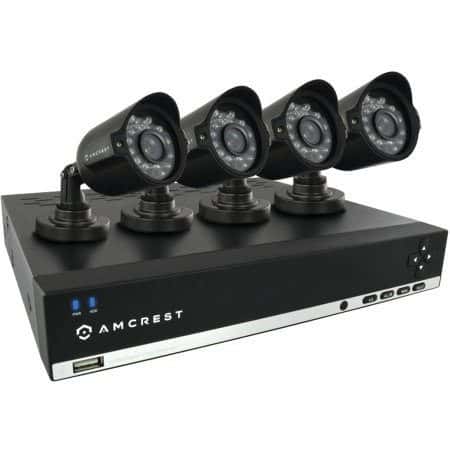 A good security system with 4 cameras.

You get an awesome value for your money. 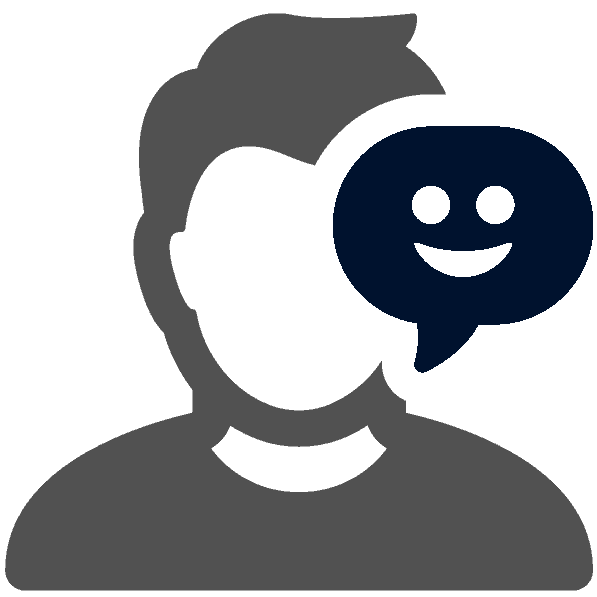 Everything you need is in the box. Don’t forget that it is not wireless. 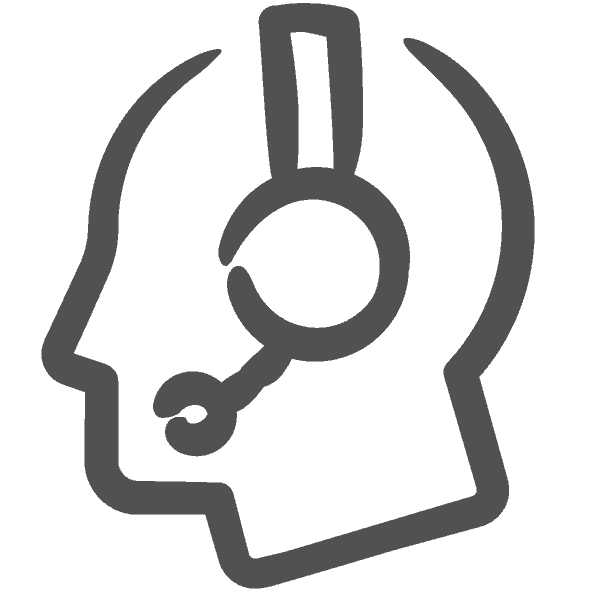 The support is only available during working hours, Monday to Friday.

Summary: Manufactured by Amcrest, this security system has quite a lot of features and options for checking out. Pre-installed 1TB hard drive, great night vision and robust build quality, those are some exemples of this system’s features. Whether you want various quality styles, as well as various amounts of cameras, this Amcrest listing is your one stop shop for all things security.

Reasons to have a Security Camera System

Do you have sometimes this strange feeling that you left your house without actually closing the door? Now you’re working at the office and there is no other way for you to be sure than coming back and check yourself. It happens to me quite sometimes in the past and this is why I decided to invest in a surveillance camera system.

The Amcrest 960h 4Ch. is a good solution not only for any family willing to feel safer while at home but also for all the business owners desiring to secure their property.

There’s a lot to work with when buying this security system from Amcrest, and some of the above mentioned are just a little glimpse into what this set offers.

Starting at the beginning, there are various size options available wither you want four domes, four bullets, or a system without the cameras at all (you may have your own), beyond this, you can upgrade to four bullets and four domes at once, as well as DVR system only.

Maybe you want something that requires not four but EIGHT bullet styles of cameras at once.

There are 24 IR LEDS that are able to be set so that they automatically detect in conditions that have low lighting.

Beyond this, they’re able to see up to 65 feet away in low light and have motion detection sensoring, as well as recordings that can be scheduled hand in hand with the night vision.

In having these features, you have complete control over your system, something that may outweigh any cons you find in this product (if there are any). 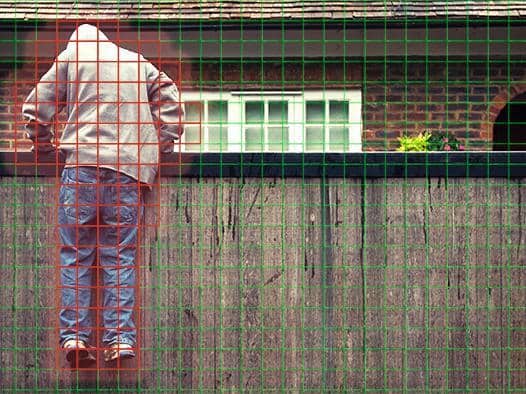 Although the above are great features, there are more: the above mentioned security system from Amcrest is actually fully waterproof, allowing for both indoor and outdoor usage.

Along with this, you’re able to have 984 feet of transmission distance from the device to the DVR, which allows you to virtually place these anywhere depending on the size of your facility. The 500gb hard drive comes pre-installed, and you’re able to expand this memory up to 3 terabytes, which is fantastic for those that need and require 24/7 monitoring of their facilities.

You’ll also be happy to know that the VR is compatible with virtually any monitor that has an HDMI or VGA connection.

With the current 500gb hard drive, you’re able to record continuously with the highest resolution possible for six days straight. While that may not seem like a long time, for the lower end of the space available, this is fantastic.

The idea of being able to expand up to 3 terabytes means that you’re going to be able to record and monitor continuously for quite some time.

You don’t understand what’s the purpose of each component? You don’t know which features you should prioritise for your setup?
Check our security camera guide here

Personal Experience with the Amcrest 960h

Initially, I wasn’t sold on the idea of a product only having 500gb within the HDD that comes equipped with this product; however, the idea of being able to expand up to 3 terabytes means that I could have mostly all of the space I wanted.

In fact, there are security systems that max out at 2 terabytes, and you don’t even get that extra terabyte, and they’re some of the best on the market.

With the quality of this security system mixed in with the expandable memory, I was actually pleasantly surprised at what this set had to offer me. Beyond this, you’re able to use this indoors and outdoors thanks to the weatherproof capabilities of the ip66 equipment.

The fact that it came with night vision, and allowed you to utilize that feature well was another selling point for me. Those that need 24/7 monitoring will not have to compromise quality just to be able to get that feature included within their product.

Not only is this included (and for a great price), but the quality is fantastic as well. Never compromise when it comes to security, as you’ll be spending more for something that isn’t as reliable.

Those that have no experience with running security systems will be happy to know that they don’t have to be intimidated, as everything is pretty easy to install. It’s worth mentioning that if you think this is all wireless, you’ll be unfortunately mistaken, as it’s a wired system.

– Despite this, the quality of the cameras that are recording are fantastic, and the expandable memory is actually more of an advantage than not to those optimistic. You’re able to customize how much space you have to work with.

In terms of days, this “disadvantage” may not be so much of a disadvantage at all – as you’re able to record continuously on the highest resolution for six days straight. When you upgrade to the maximum of 3 terabytes, you’re able to record for even longer and have a great way of monitoring without having to constantly delete recordings and make space elsewhere. It’s actually more convenient than not – so don’t automatically write off this security system just because it “only” comes with a 1TB HDD initially.

Overall, the user experience is fairly good, and so is the performance.

If you’re not seasoned in the world of technology, you may need a hand when installing, as it’s not plug and play like other security systems.

The performance is of high quality and the only issue you may need to get past is the initial setup – which may be due to a lack of knowledge or experience on installing security systems. Those who are more seasoned will have no issues with installing this system.

Here a small overview of the system working on Windows: 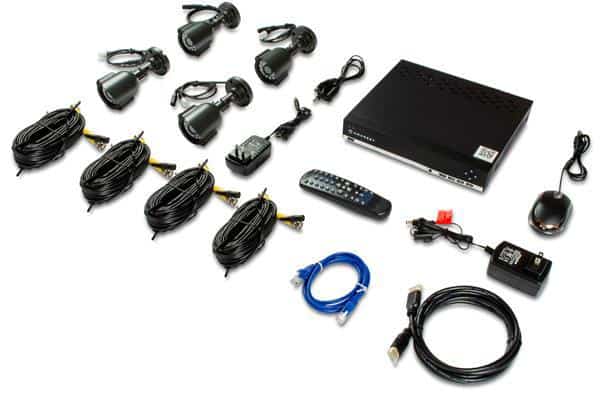 Check Price on Amazon
Within the contents of this package, you’ll be receiving a 960H 4-channel device with a pre-installed 500gb HDD.

There are four 60-foot cables, along with a DVR power supply. There are manuals included for those that need help, as well as a 1-year domestic warranty, and lifetime support.

Within this system, you’ll have a 1-year domestic warranty, along with lifetime support offered by the manufacturer; however, it’s worth noting that this warranty is available for those in the United States only currently, and we’re not sure of why – possibly because of the locations and the cost of sending out parts to repair these issues.

Overall, the aforementioned security system from Amcrest is pretty good.

The price point is great, and the number of features you have, as well as the number of ways you can customize is out of this world.

With lifetime support included, as well as many residential and business uses for the surveillance equipment, everything you need is checked off. There are very few downsides, and those pros supremely outweigh the cons.