One of the practical ways to outsmart burglars or prevent home invasion, is by installing a reliable home security. This will not only deter criminals, but also protect your invaluable properties from rogues while you are away.

But what happens when you select the wrong home security devices? That means one could be possibly doomed when thieves invade.

That is why we are reviewing Swann security cameras in today’s article. We will try to analyze this brand to see if it is meant for you or if you should avoid it.

We advise you to read to the end so that you won’t miss any vital information. Sit back and relax, as we dive into the review.

Swann is a global leader in do-it-yourself video surveillance, consumer electronics and security-centric solutions. They have been at the forefront of DIY security equipment.

Swann is founded in 1987, and its headquarters is based in Port Melbourne, Australia till date.

What gives Swann edge over other brands? 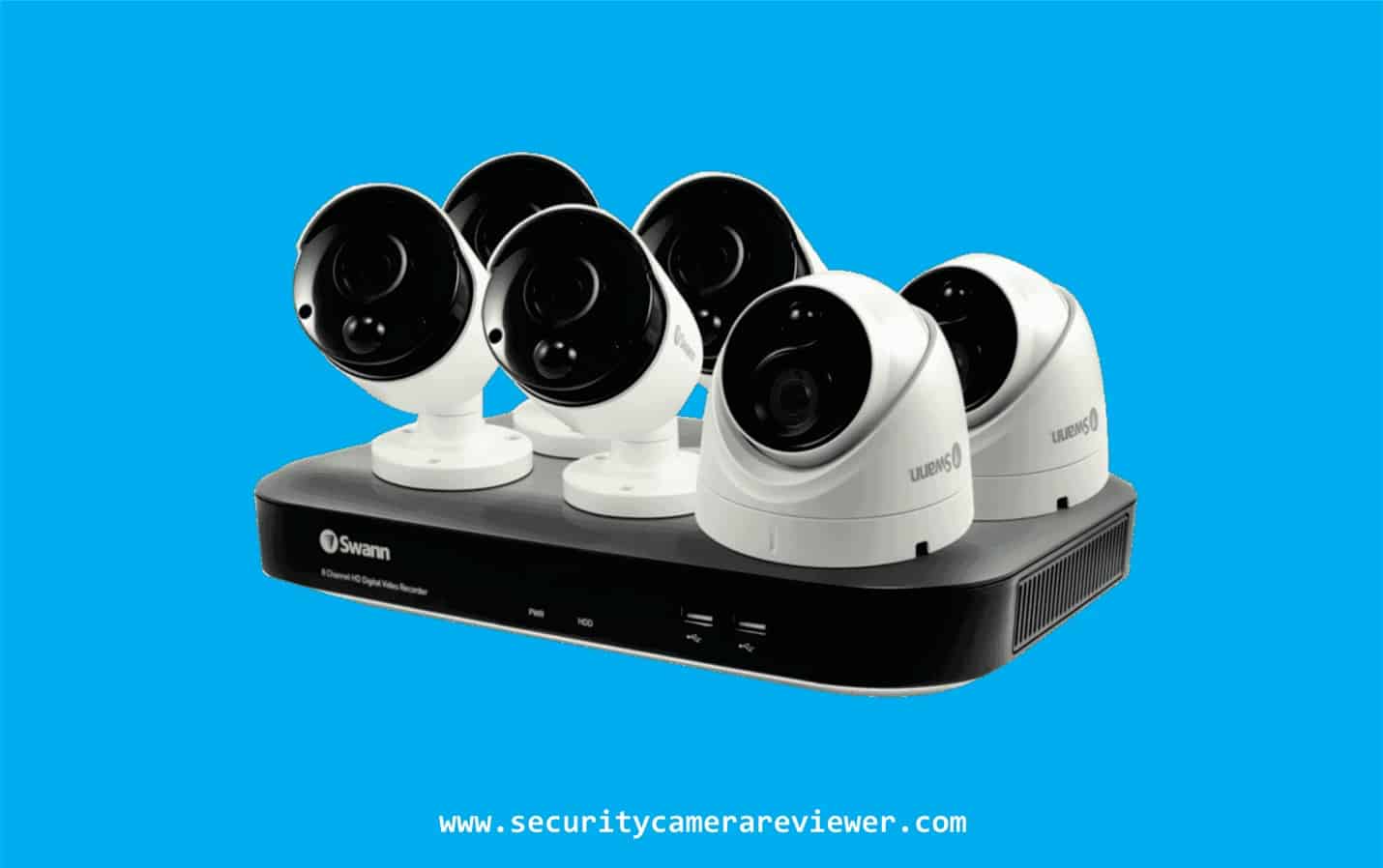 As security cameras continue to play a vital role in the home security, Swann keeps rolling out smarter cameras day after day.

Swann designs and manufactures their own equipment, which is why they are on the edge of technology.

They offer equipment for every type of budget, ranging from low budget equipment to high-end security system.

What is the price tag for Swann security system? 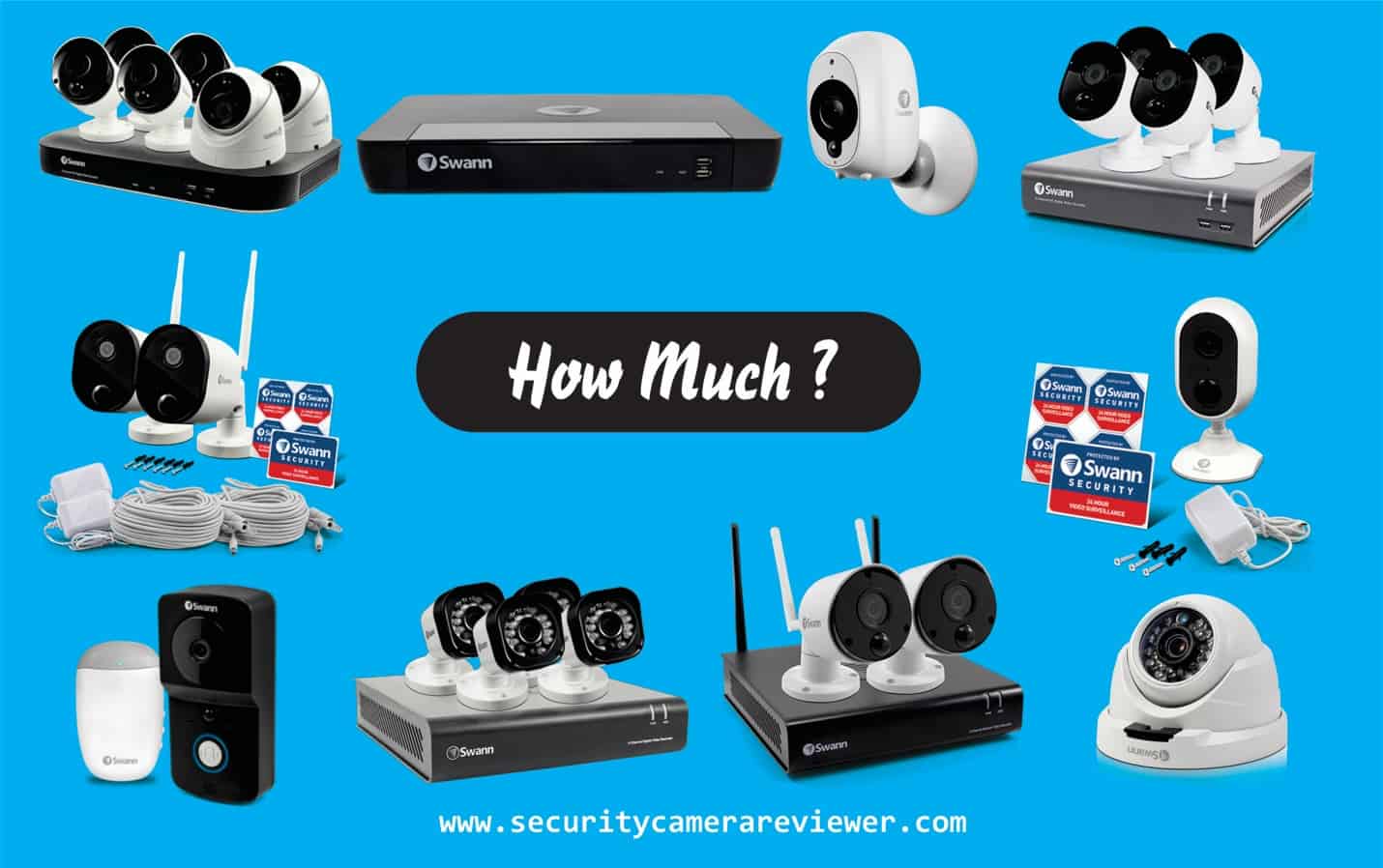 Swann has an option to offer a solution to every user based on their budget. With as low as $150, you can get started with a 2 camera system or maximize the high-end 16 channel 4k ultra HD NVR security. Your home security setup can be as simplified or complicated just as you wish.

The table below will give you an insight on Swann security system, and which one to go for.

Swann security has a wide range of equipment that can be selected to suit your requirement. Unlike Protect America, Swann does not have professionally monitored system, you will have to monitor your own security system.

Below are the varieties of equipment that can be used to setup a basic or complex system. 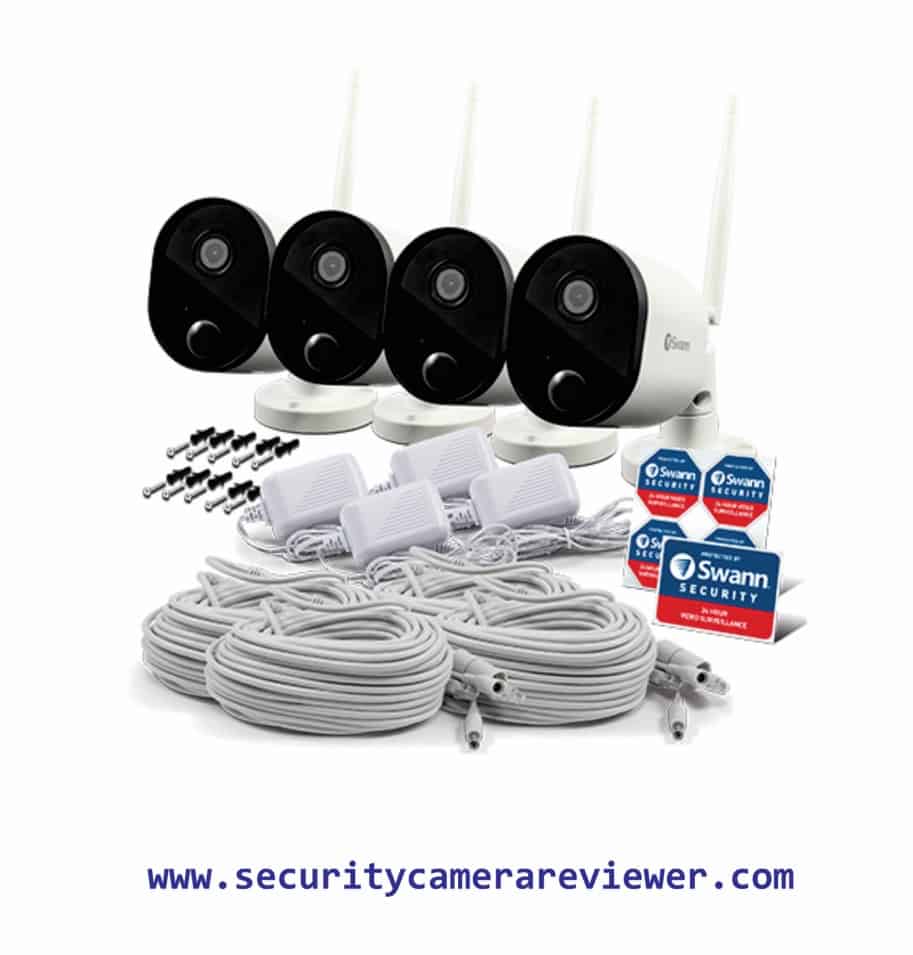 Security cameras help to capture the video evidence when things go wrong. Some are even built with audio microphone to capture audio along with the visual. The audio security camera will give you the clue of what happened without doing a guess work. Security cameras are the most widely used security equipment. There are two types of system to choose from, wired or wireless security cameras. Select the one that is convenient for you to install. 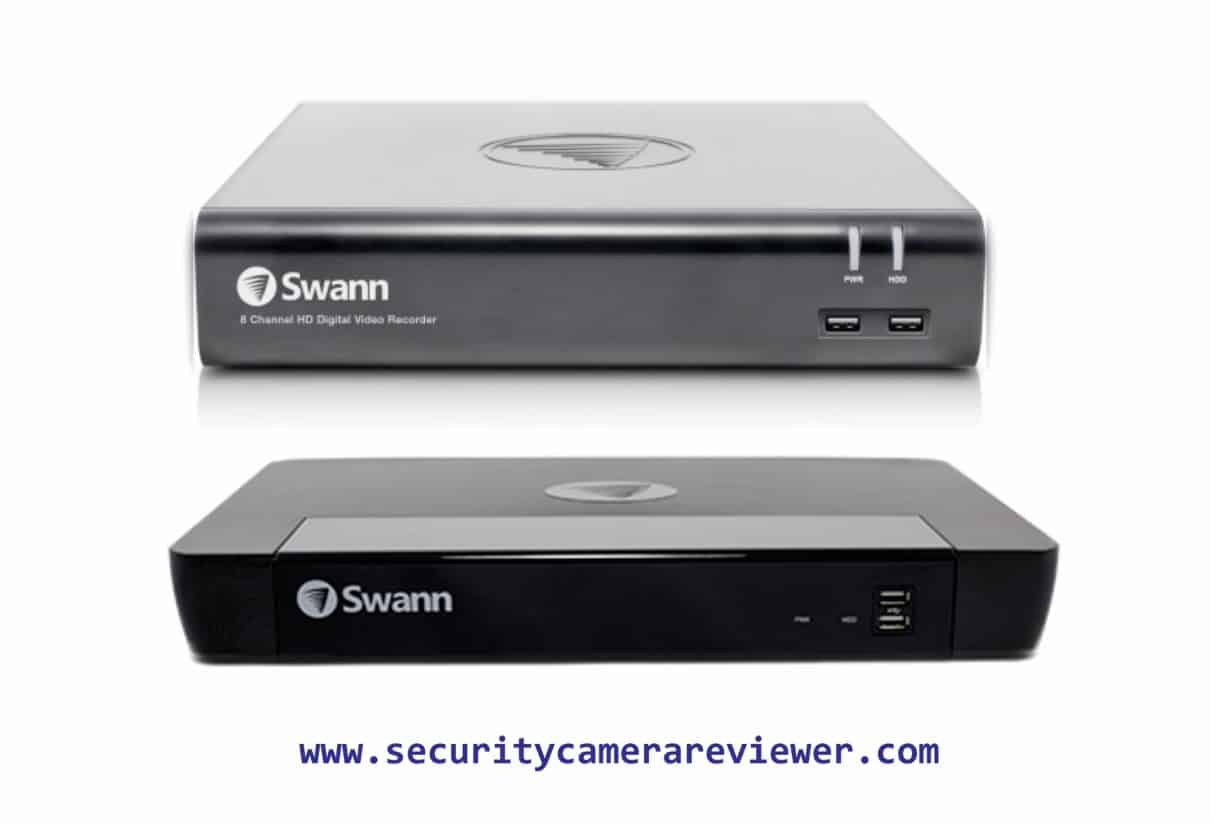 DVR uses analog technology to stream from security camera. There is only one way communication between the camera and the DVR. The camera stream is processed by the digital signal processor (DSP) chip embedded in the DVR.

Unlike the DVR, the NVR is more advanced in its behavior. It works on computer network architecture. IP cameras have two way communication due to the built-in web server. The streams are directly processed at the camera before sending them to NVR for archiving.

Even if cloud storage is selected as part of the security setup, it is important to have DVR/NVR as storage. This will provide an endless recording, and not relying solely on the cloud account. 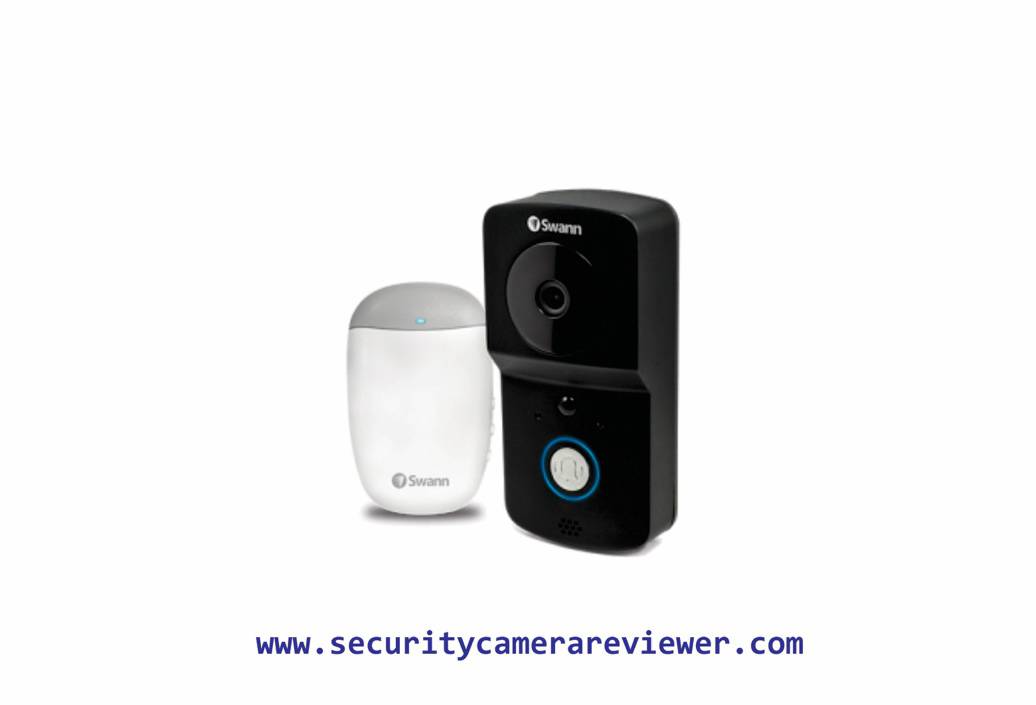 Video doorbells are becoming smarter by the day. Nothing works best than video doorbell with chime. Swann HD smart video doorbell delivers standard 720p resolution, which makes it serve as a surveillance system when visitor steps to your front porch.

The true detect heat and motion sensing technology let you receive push notifications, even if the doorbell hasn’t been pressed. You will get an alert when someone is on your property.

The video doorbell has a two way audio system, allowing back and forth communication from the homeowner to the visitor. You can reply the visitor while you are at work, as long as the doorbell is connected to the internet.

You can also set auto responder when you are not available to attend to the visitor.

The doorbell does not require cloud subscription, all the clips are stored on the device local memory for the period of 30-days. What is only needed is the remote access to be able to watch the live stream and playback. 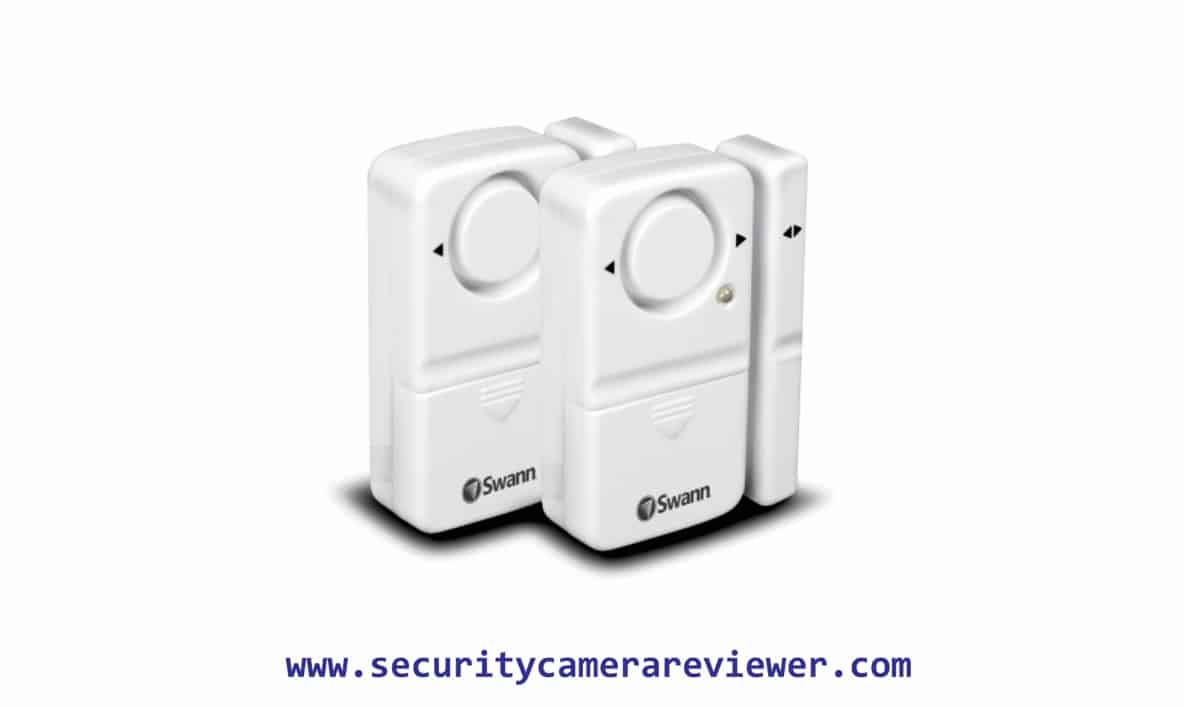 Sometimes, there are blind spots that security cameras are unable to cover due to their field of view. That is why window sensors are suitable device to use for security backup.

In the attempt of burglars breaking in through windows, SW351-MD2 has a powerful siren of 110dB+ which is loud enough to deter burglaries.

The magnetic siren uses 4 number of LR44 alkaline batteries to keep the operation going, it has a switch concealed under the panel to turn the device on or off. 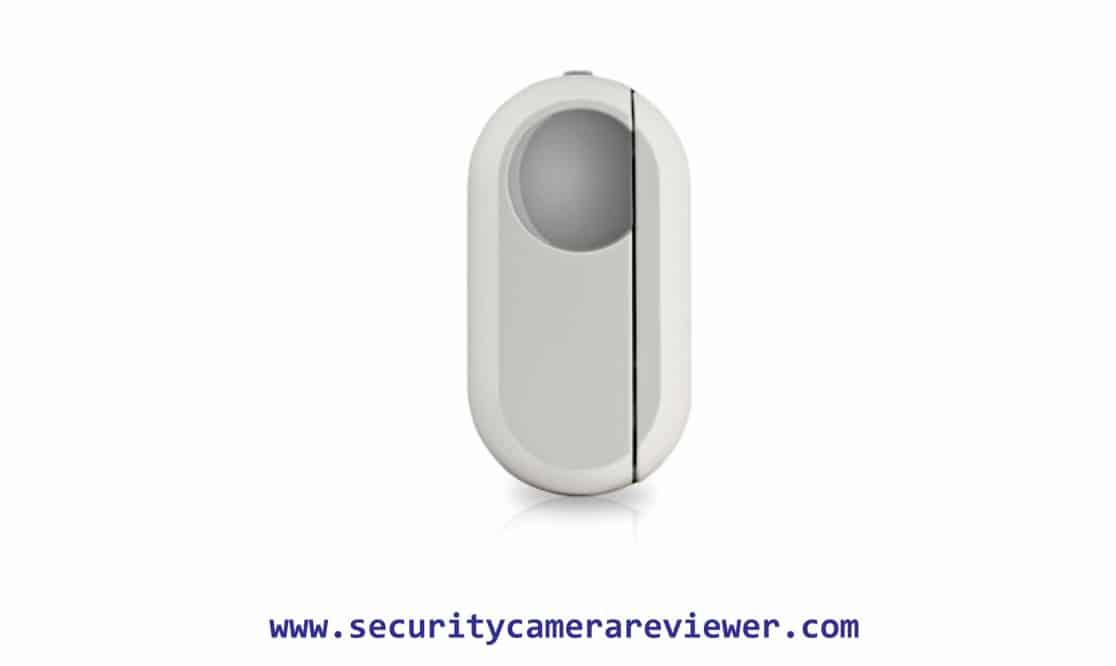 Unlike the magnetic window/door sensor, the smart window/door sensor combines with the Smart Home Smart Hub to monitor entrances to your home, alerting you via the SwannOne app, or triggering an audible alarm if a door/window is opened or closed.

However, the smart home sensor relies on high-speed internet to work. It requires 2 number of AAA size batteries to work. 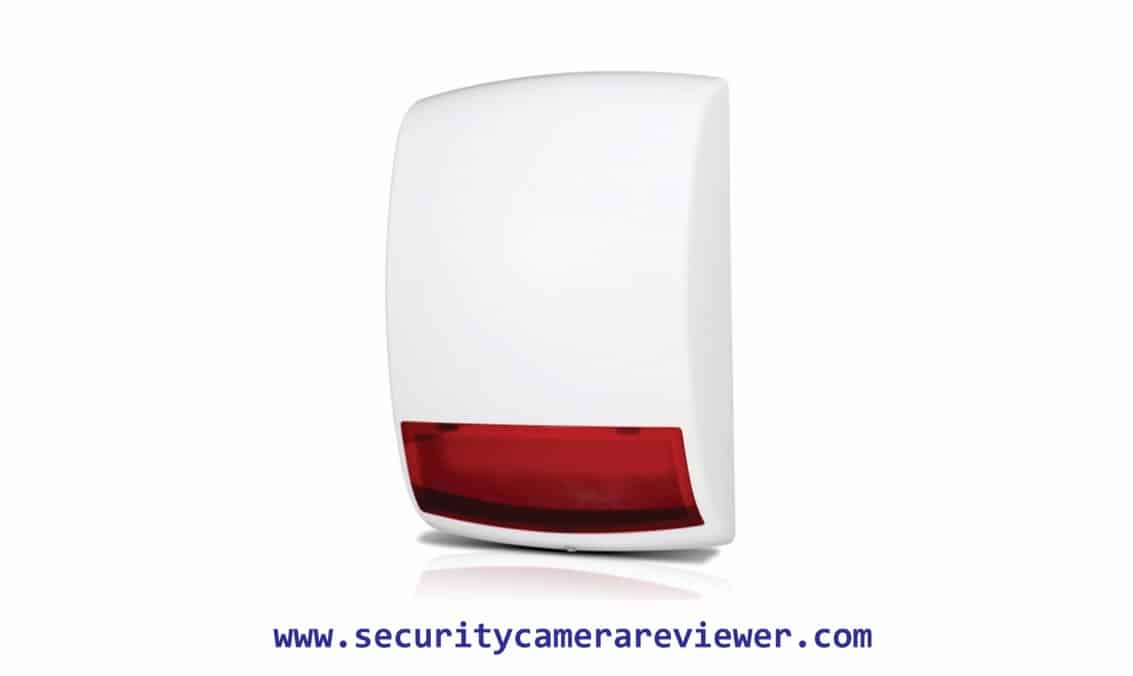 Smart home outdoor siren is perfect for home security system. It produces a powerful 104db siren and has a flashing LED light. Being a smart siren, it can be configured in the SwannOne app to sound alarm when motion detections occur on the cameras, or window/door sensors triggered.

This device requires 110V AC to operate, and pulls 1800-watts as maximum load at a current of 15Amps. High-speed internet is needed to be able to use the outdoor siren. It connects through a home wireless network. 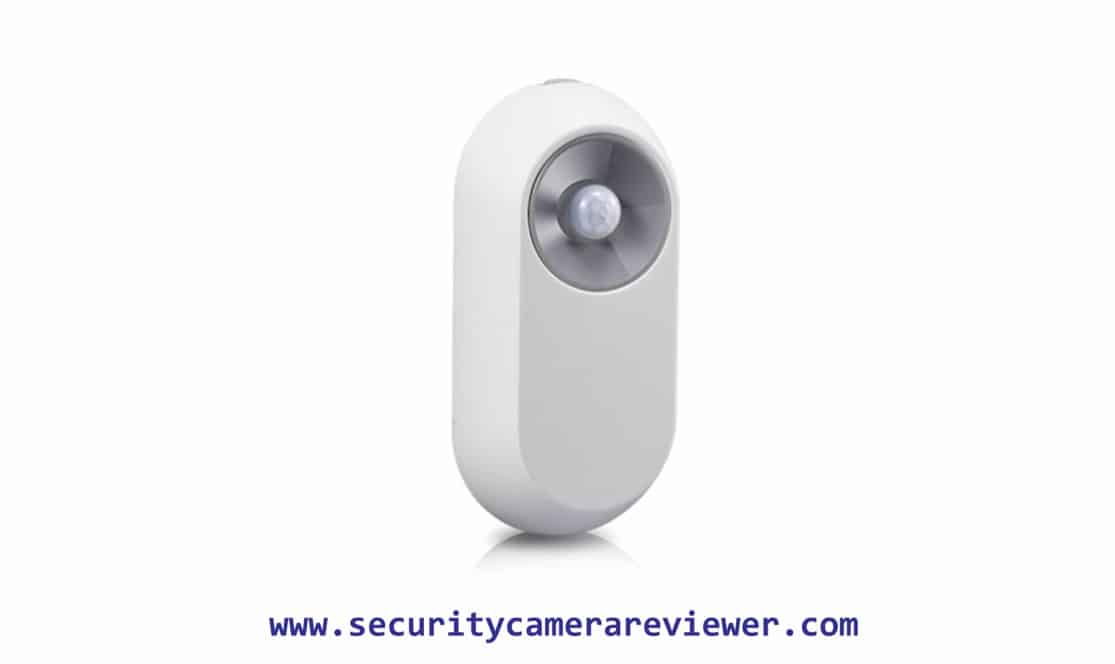 Smart home motion sensor can be used as additional layer of security to assist the indoor security cameras. Where the cameras can’t possibly see, the motion sensor is positioned to cover the angle. It is also a more discrete way to monitor an area.

The motion sensor detects movement and immediately send push notification to your phone, if connected to the smart hub. This way, you can decide the next line of action to take. 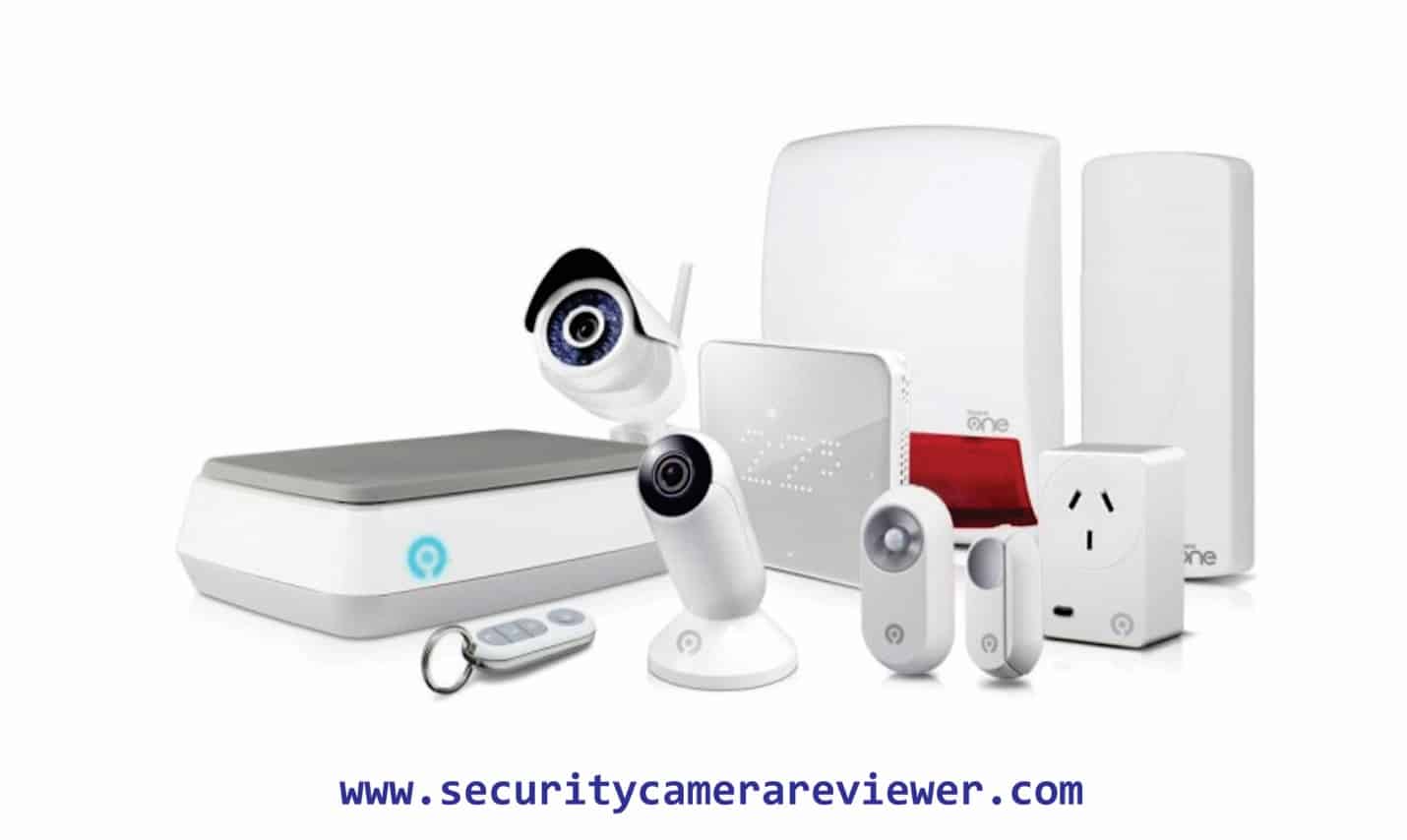 SwannOne is an all-in-one security kit that gives you the opportunity to monitor your entire home. It gives you the flexibility of having combination of smart devices like security cameras and alarm devices connected to the smart hub, and be controlled from a single mobile app.

SwannOne security kit let you have some level of control over your appliances. You can closely monitor your energy consumption via the smart plug.

The security kit is compatible with Swann smart home products, adding any extra device should not be a problem.

The smart hub has a glass break detection, a unique feature which lets you know when someone breaks into your home. You also get instant push notification on your smartphone.

Additionally, you have to unlock additional features to enjoy the smart hub.

Unfortunately, the smart hub does not support local hard drive to store the streams from the security cameras. You will be forced to subscribe to the cloud plan. 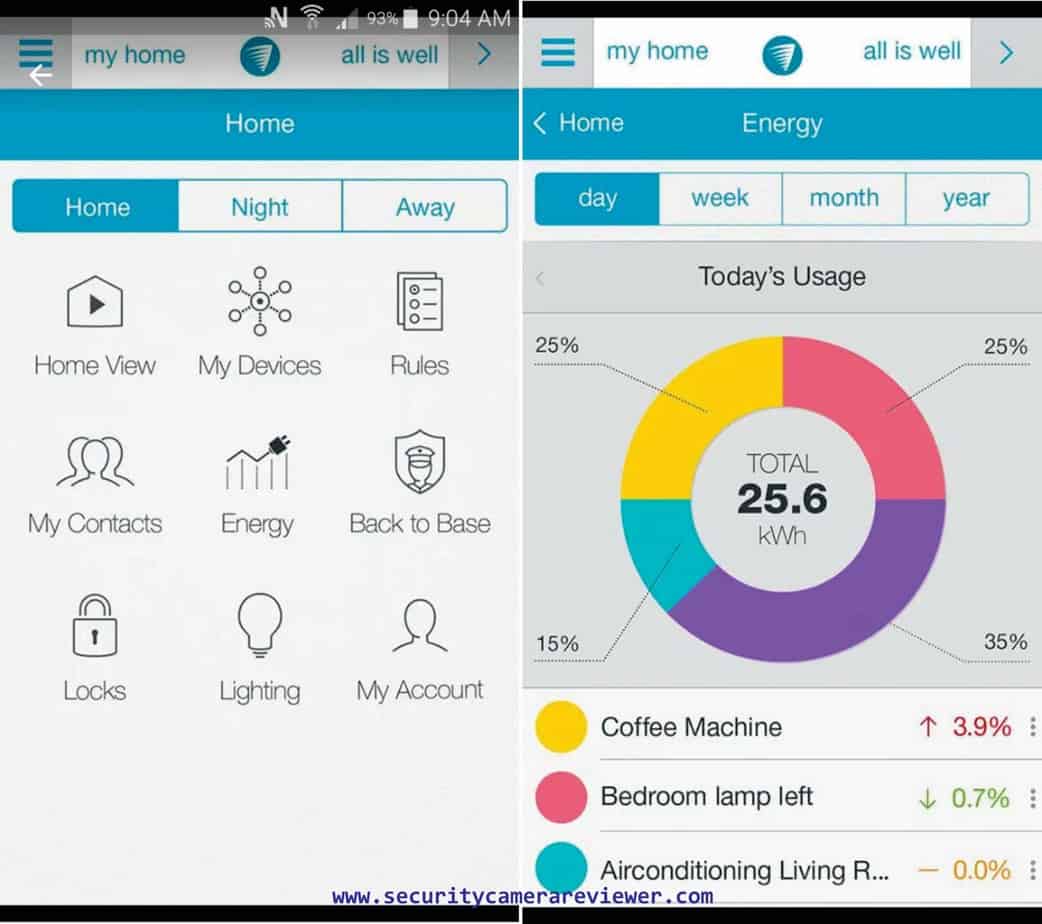 The mobile app is the power-house of the smart hub where you get to control all the devices. You can also set rules for your devices in the app.

SwannOne app requires Android version 4.0 or later, and iOS 10.0 or later to work. It can be downloaded in the respective app stores.

What you can do with SwannOne app?

The app has a ridiculous rating of 1.8 rating on Google play store and 1.1 on iTunes. We are not impressed with the performance score on both platforms. There are too many bugs in the app as well.

What is our experience with Swann?

They have a great website that tells you all the product information you need to know before placing an order.

Swann has a great technical support. They are ready to walk you through any challenge with your Swann device.

We were just a bit surprised when we asked to a customer support agent where was Swann head quarters. He wasn’t confident answering and just said “in Philippines”. I guess Swann Customer Support is based in the Philippines and this poor agent didn’t know where Swann’s HW were. Oh, and if you want to know the answer, Swann is based in Australia.

What are customers are saying about Swann?

We tried to look for customer review directly on Swann website, but discovered there were no negative reviews whatsoever. Therefore we suspected a foul play in review filtering.
We thought going to a third party review website will be best for this article and indeed, we were not surprised to see that a lot of customers complained about Swann. Unfortunately, almost 90% of the customer review were negative. Here are some exemples of negative ones we spotted:

“DO NOT buy a Swann system! The on-screen navigation system if you want to look at any possible recordings is a NIGHTMARE. The WORST user-friendly system of ANYTHING I’ve ever known. Totally un-intuitive, complicated, unresponsive – AWFUL. Camera quality is mediocre, setup takes forever. I recently had my car keyed right outside with a camera pointing at it. NO WAY can I find a recording. It tells me ALL log files are empty and there are no recordings, yet the system is apparently running. It’s going to be dumped for a proper system, not a Mickey-Mouse outfit like this.”

“TRADING STANDARDS ALERT! Not even worthy of one star, *Total waste of money* by far the worst product I have ever purchased. I installed a six camera, 2TB hard drive recording system, one by one the external cameras failed, within six months it had ceased working entirely, Including the app! I feel utterly robbed of £450, I might as well let the thieves in to my house and take that sum of money. I don’t know how on earth this company is still trading. It’s only a matter of time before they go under producing useless expensive excrement.

Hopefully, we also found some positive reviews and here’s an example:

“First venture into CCTV. Bought the NVR8-8580 with 4 x 5MP cameras. Working out the cable run was the hardest part. Once that was done everything worked first time. Very pleased with the quality but I am wondering what 4k would look like. Had an issue with exclusion zones which Swann support helped sort out. They phoned me back at my convenience. Turned out that my TV was hiding one of the exclusion ‘blocks’ and whilst they were on the phone they did a firmware upgrade on all my cameras too. So far so good.”

When planning to install home security, it is better to select the brand that will never fail. In this case, we don’t recommend Swann because we simply think they can not guaranty safety properly. It is mainly due to their low quality equipment.

Even though Swann are at the forefront of innovation, we think you should spend your money to buy a different brand.

Therefore, we recommend you to check our article about best budget security camera system. I’m sure you will find a better solution for your needs.

If you still want to purchase a Swann product, go ahead but you’ve been warned.

If you still want to purchase a Swann Security product, go ahead but you’ve been warned.